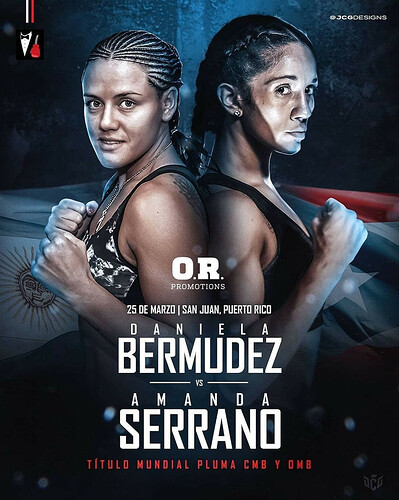 Ring City USA has officially announced and confirmed the expected March 25 main event between Amanda Serrano and Daniela Bermudez, a meeting of two women who sit in our pound-for-pound top 10 at the moment, and all in all a terrific fight for the series. 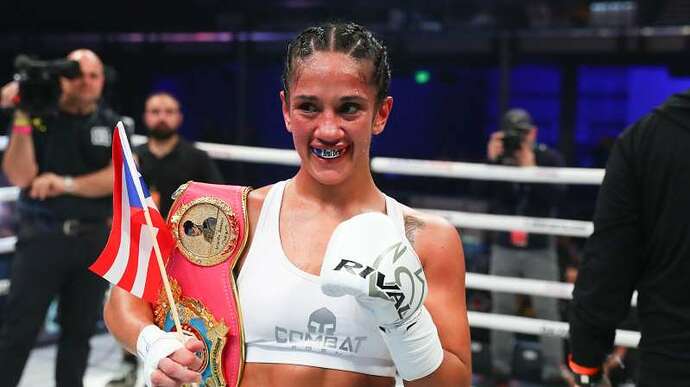 “I know (Bermudez) is an incredible fighter, it takes two real warriors to risk it all for the enjoyment and entertainment of our fans,” Serrano said. “Just as I take pride in all that I do for my Puerto Rico, Bermudez does it for Argentina. I promise this fight will be a war! Bermudez is like me, an exciting, no-nonsense fighter and we will each dedicate this fight to our countries and fans. Don’t blink.”

“Amanda Serrano is a great boxer, I know that she has experience, but I am in my best moment and I am working to give my best as usual,” said Bermudez. “My father and trainer is the one studying her style, to draw up the bout strategy. I am confident in my preparation and my work. It is great to fight against one of the best pound-for-pound fighters. It is going to be a great fight and an honor to represent Argentina abroad.”